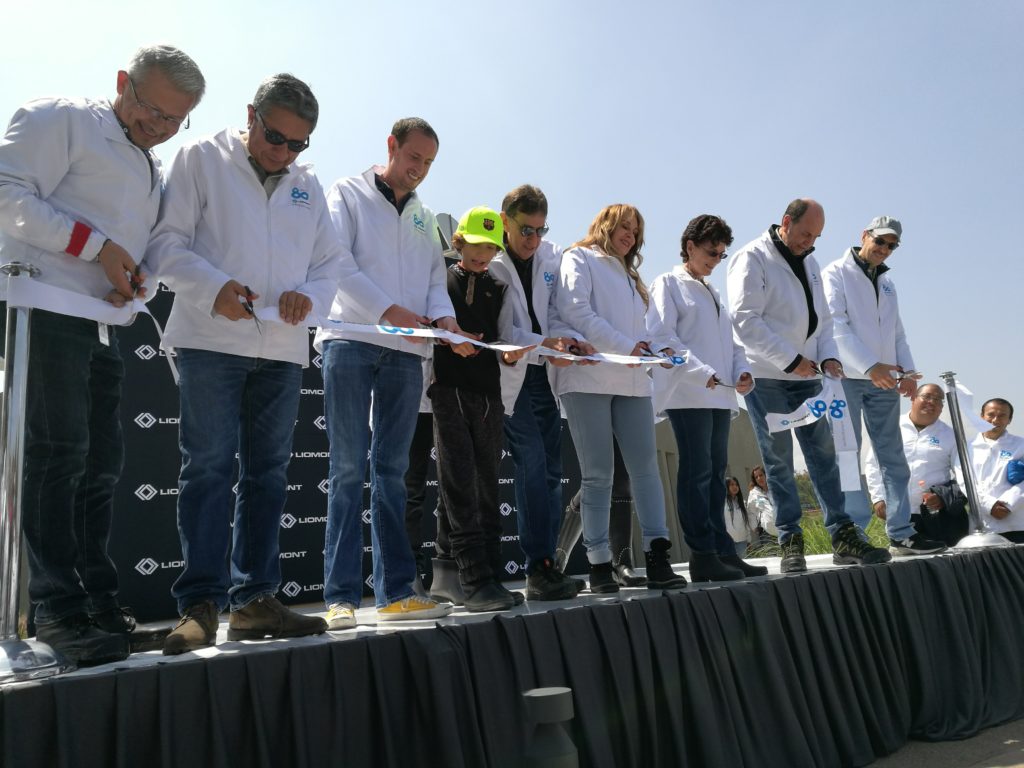 Mexico City, August 27, 2018.- On August 25 Laboratorios Liomont gathered more than 500 employees and partners in the facilities of what will be its new production plant, located in the municipality of Ocoyoacan, State of Mexico, to carry out its eighth reforestation campaign in which 1,500 trees were planted.

Liomont is a laboratory with a high sense of social responsibility, concerned and occupied by the welfare of society, its employees and the environment. For eight years, it has carried out an annual reforestation campaign involving employees of the pharmaceutical industry. .

The first seven occasions the reforestation was carried out in the foothills of the Nevado de Toluca, but this time, it took place in what will be its new production plant and was part of the commemorative activities of its 80th anniversary.

“The opening of these facilities is a dream come true, which began with Samuel Rimoch decades ago and is the product of the perseverance, work and dedication of each of the employees who are part of the company,” said engineer Alfredo Rimoch, general director of Liomont Laboratories.

At the end of this year, the pharmaceutical company will open its second production plant in the industrial park of Ocoyoacac, State of Mexico, an installation built on an area of ​​160 thousand square meters that will be dedicated to the production of medicines.

Eduardo Fájer, director of human resources of Liomont, said that “in the company it is a priority to promote an ecological culture so the reforestation campaign has become a priority activity for workers and in which also coexist and promote a culture of companionship “.

The new plant will produce biocomparable medicines, that is, biotechnological generics such as vaccines and therapies against rheumatoid arthritis, among others. It will have the first line in Latin America equipped with insulator technology for the filling of vials with aseptic processes.

It is the first time that the reforestation campaign concludes with a celebration, the laboratory organized a picnic entertained by mariachis to celebrate the next opening of the plant and the 80th anniversary of its foundation.

Attendees tasted typical local dishes such as elotes, quesadillas and local stew tacos made by families from the State of Mexico, who received toys for children.

The campaign was coordinated by Reforestamos México A.C., who coordinated the reforestation brigades that planted pine trees on the premises of the new laboratory production plant.

Liomont is a Mexican pharmaceutical laboratory that for 80 years develops, produces and markets medicines that help relieve human pain. It has a large portfolio of over-the-counter, prescription and biotechnology medicines, including the first biotechnology vaccine against influenza. Liomont Foundation, A.C. is an institution that supports and encourages the development of projects carried out by high school students from all over the country in favor of the care and preservation of the environment.

Return to top of page